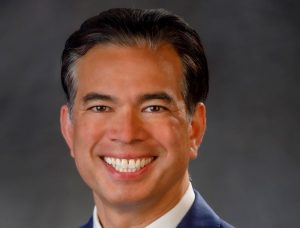 The Attorney General of California has filed a petition demanding the challenge against the air cargo facility used by Amazon at San Bernardino airport is reheard.

The $200m Eastgate Air Cargo Logistics Center received Federal Aviation Administration (FAA) approval in 2019 and Amazon was announced as a tenant in May 2020, opening its facility in April 2021.

In his petition before the US Court of Appeals for the Ninth Circuit, Attorney General Rob Bonta says the area near the airport is home to low-income communities and communities of colour who already suffer disproportionately from air pollution-related illnesses.

He says that despite recognising that the project will add at least one tonne of air pollution per day into the already heavily polluted South Coast Air Basin due to dozens of additional flights and thousands of truck trips, and over the objections of the Attorney General and local community, the FAA approved the project.

In a statement, Bonta says: “It doesn’t matter who you are or how much money you have. You can’t cut corners when the health and well-being of our communities is at stake.”

He adds: “As the People’s Attorney, I’m committed to lifting up the voices of communities who live at the intersection of poverty and pollution. The fact is: communities like the one impacted by this Project in San Bernardino are all too often overburdened and under-resourced. These communities, who are already experiencing health harms from pollution, deserve to be protected to the fullest extent of the law, and through our Bureau of Environmental Justice, we’re committed to seeing this fight through.”

The 658,000 square foot air cargo facility has parking positions for 14 aircraft and when construction started in August 2020, it was announced that 1,700 new permanent jobs would be created in the first year of operation, rising to 3,800 when the facility becomes fully operational.

The Attorney General says the panel should reconsider their decision because the burden of proof was not applied properly, the environmental analysis was flawed, and the decision raises questions about government transparency and the ability of the public to protect themselves from environmental harm caused by federal agency action.