Because of the growing demand for international pharmaceutical transportation to Latin America in the midst of the current crisis, LATAM Cargo has extended its PHARMA coverage. This care option, which is CEIV Pharma certified, is part of the company’s product portfolio and offers specialised transportation for these sensitive and delicate shipments. 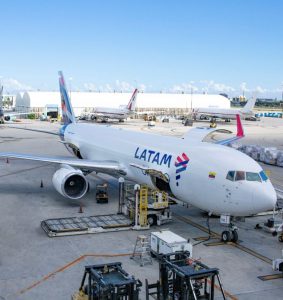 The pandemic which is currently affecting Latin America has triggered closed-border policies and passenger flight restrictions worldwide. This in turn has led the Latin American carrier to adopting various measures to modify its itinerary and strengthen its operation in order to mitigate the effects on its clients. The reactions have actually allowed LATAM Cargo to maintain a constant service throughout the crisis period.

One of the most important modifications has been that of the expansion of PHARMA’s network in order to satisfy its clients’ growing interest in transporting products from Europe to more Latin American markets. During the last three months, the company has implemented four transit stations to expand coverage, namely Miami, Santiago and Buenos Aires, as well as a second entry point in Sao Paulo