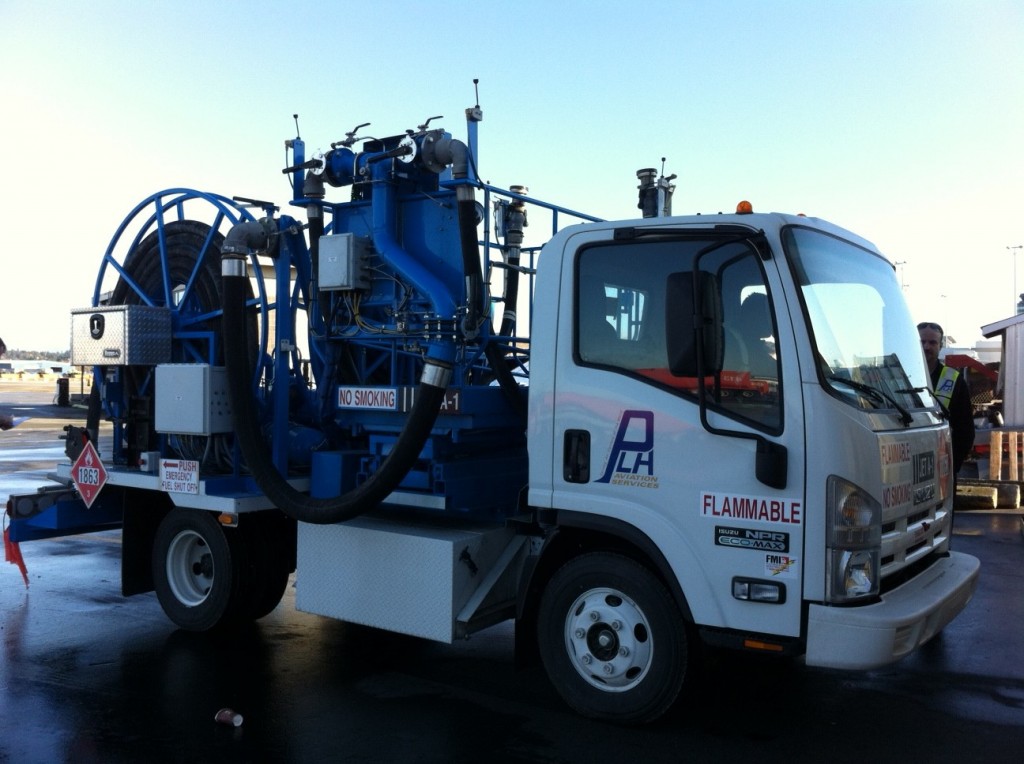 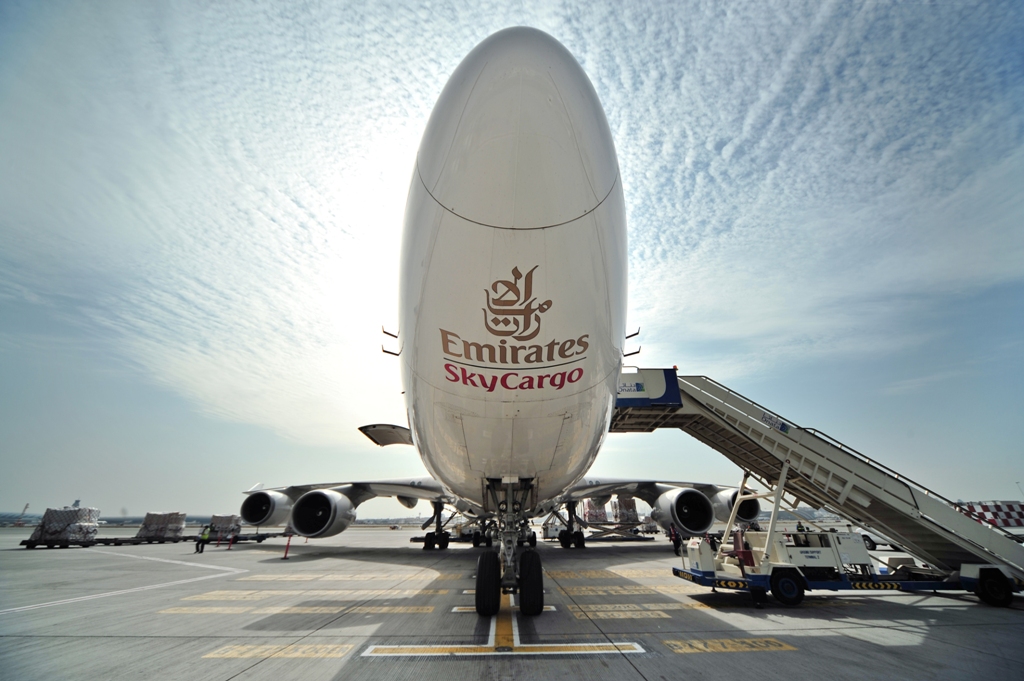 In partnership with US-based Revenue Technology Services, Mercator (the commercial arm of Emirates Group IT) has developed a fully integrated Cargo Revenue Management Solution which will be rolled out to Mercator’s global customer base during the first quarter of this year.

The system, currently being implemented by launch customer Emirates SkyCargo, results in the Mercator SkyChain product becoming one of the world’s first fully integrated cargo solutions and will allow airlines using SkyChain to manage their cargo operations with the benefit of being able to fully optimize costs, increase operational efficiencies and maximize revenues and profitability.

The partnership with RTS puts Mercator at the industry forefront by offering customers a Cargo Revenue Management Solution that is tightly integrated with an airline’s core booking and operations process. This is a significant step for the industry, as it does away with the current practice of integrating with third party revenue management products and the large associated costs and overheads that are usually involved.

“We selected RTS as a partner because of the company’s diverse experience and demonstrated success in the field of revenue and profit management,” commented Duncan Alexander, Vice President Mercator. “The demand forecasting, overbooking, allotment management and bid price optimization engines from RTS revenue management software have been integrated within SkyChain to provide an integrated, Web-based interface, end-to-end cargo solution.”

Pradeep Kumar, Senior Vice President of Cargo at Emirates SkyCargo, added that with the introduction of the revenue optimization, capacity-constrained flights sales teams would have the advantage of being able to optimize flight revenue. “This feature will, in turn, influence sales techniques and behavior, representing a huge and beneficial cultural shift for both our people in the field and our valued customers.”

The announcement that Virgin Atlantic would be introducing a facility that would enable individuals to make mobile calls between London and New York has met with a mixed reception.
Despite the reality that sees the vast majority of people wedded to their portable phone, a large percentage of travellers have stated that they would rather mobile phone use were not permitted on aircraft. This is the result of a new survey from flight comparison site Skyscanner.
A surprisingly high proportion of people, 86% in fact, said that it would be annoying to have to listen to other people’s conversations. Only 1% of respondents said they would pay more to fly with an airline that offered mobile calls.
Although Virgin has said use and call duration would be restricted, the thought of sitting next to someone chattering away in a confined space is clearly not something relished by many.

Cargo screening to be law by December

The US Transportation Security Administration has announced that passenger air carriers must undergo 100% inbound cargo screenings on international flights: this will start on December 3 this year.
Following the recommendations of the 9/11 commission act, the TSA is set to screen all cargo shipments loaded in passenger aircrafts for explosives. The agency had earlier planned to begin implementing the requirement by the end of 2011, but this deadline was delayed over concerns about the cost and time required for screening all packages.
The TSA said that to further enhance the air cargo security, without limiting the movement of goods and commerce, it has begun working with other governments, international organizations and industry partners, with the aim of establishing more risk-based and intelligence-driven procedures within the screening process.
Administrator John Pistole said that harmonizing security efforts with the agency’s international and industry partners was considered a vital step in securing the global supply chain.
“By making greater use of intelligence, TSA can strengthen screening processes and ensure the screening of all cargo shipments without impeding the flow of commerce,” he announced.
According to the agency, the operations will select screening approaches, which include risk-based, intelligence-driven processes, on a per-shipment basis: this will allow faster scanning of lower risk cargo.
The TSA added that the current risk-based security efforts are one simply aspect of its recent global supply-chain security initiative.
Both domestic and international passenger aircraft that are loaded with cargo and departing the country’s airports are currently undergoing screenings. In line with the extra workload, the TSA has appointed about 500 inspectors for implementation of the process and, further to its domestic inspector workforce, some 100 internationally-focused inspectors have been employed for assessing and filing security measures at foreign airports.

Baggage fees continue to be a sore point amongst travelers. So is the unpalatable fact of life now beginning to influence how passengers prepare for a trip?
According to the federal Bureau of Transportation Statistics, US airlines garnered less revenue from bag fees in 2011 than they did in 2010. Whilst we ought to note that the revenue decline was slight (US$3.36bn in 2011 compared with US$3.4bn in 2010), it’s nonetheless of some significance, because during that same 12 month period, the numbers of passengers flying actually grew.
The year 2008 marked the turn of the tide: that was when the first bag fees were introduced. Profits accruing from this extra earner grew healthily in line with people’s desire to fly. Indeed, a colossal jump of 42% in revenues was logged over the 2008-2009 period. But the balloon could have burst. The main interpretation that can be put on this change is that travelers are putting less into their bags before leaving home.
Of all the carriers polled, Delta Air Lines banked the most bag revenue: it collected US$863.6m in all over 2011. American Airlines collected the second highest total (at US$593.5m). In third place was American’s current wooer, US Airways, with a total of US$506.3m.

The US Department of Transportation has levied a civil penalty of US$100,000 against Virgin America for filing incomplete reports with the Department about complaints registered by passengers with disabilities, as well as for not responding to the complaints.
The DOT rules require airlines to record any complaints relating to PRMs and furthermore, categorize them by the type of disability and by the nature of the complaint. These are then submitted in an annual report. Moreover, if an airline receives a written complaint alleging a violation of the Department’s disability rules, the carrier is obliged to submit a response within 30 days that specifically addresses the complaint.
In July 2011, the Department’s Aviation Enforcement Office conducted a routine on-site inspection at Virgin America’s corporate headquarters, where it reviewed all disability-related complaints received by the carrier. The Enforcement Office found that in many instances, Virgin America failed to provide a written response that addressed the consumer’s complaint.